Skip to main content
All of our ReStores are open to shoppers and donors, and we are scheduling and making donation pick ups -- online scheduling is currently unavailable at this time. Read more.

Lucky in love at the ReStore

It started innocently enough. Larry and Adrienne, both regular volunteers at the Wake Forest ReStore, would occasionally bump into each other while working in the store. Larry primarily worked in the back, fixing things. Adrienne was in charge up front, merchandising and organizing the store.

One day, another volunteer invited them to a Christmas party, and Larry offered to drive. Another day, he asked Adrienne to lunch while they were both working at the store (Adrienne insisted on working two extra hours after she returned because she had left in the middle of a shift). Yet another day, they took a trip to the recycling center on behalf of the store.

"I didn't realize the recycling center was the dump,” Adrienne said. Larry did take her to lunch afterwards but only after he enlisted her help unloading the car.

Lucky for Adrienne, Larry had set his sights beyond lunches and trips to the dump. The week before Thanksgiving last year, at Hilton Head, Larry proposed. “I can’t get down on one knee, but will you marry me?” he recalled asking. Of course, Adrienne accepted.

Larry originally pitched a wedding at the ReStore. Despite her love for the ReStore, Adrienne nixed the idea

"We would have had plenty of chairs,” Larry pointed out.

Instead, the two were married January 20, 2018, at St. Catherine of Piena Catholic Church in Wake Forest in front of 60 friends and family, many from out of town.

Larry, 77, is originally from Kentucky, where he was a long-time Habitat volunteer. He eventually headed a Habitat affiliate there and began a home repair program during his six-year tenure. Adrienne, on the other hand, had never even heard of the ReStore, but noticed when the the Wake Forest store put out a call for volunteers in her church’s bulletin. She’s been there ever since.

Adrienne and Larry’s relationship is built on a mutual love of volunteering, a solid foundation of friendship and good humor. For their first proper date (after the trip to the recycling center), Larry said he would take her to a place with “real tablecloths.” The hostess happened to seat them at the only table without one. When they laughed and explained the irony to the hostess, she started to re-seat them, but Adrienne refused.

"This way he has to take me out again,” she told the hostess. They eventually had their first “tablecloth” dinner at a French restaurant downtown.

Any advice for young love-seekers this Valentine’s Day?

"Don't wait for the rest of the world to catch up,” Larry said. “I’m not a sit-around-and-wait kind of guy. I spent 30 years in the Army telling people what to do and making things happen.”

The two have no plans to stop volunteering. They are building a home together, and they hope to move in August. And in the meantime, they’re combining households and paring down their joint belongings. They take a carload of donations to the Wake Forest ReStore every time they volunteer.

"Larry and Adrienne's passion for each other can only be met by their passion for helping their community,” said Brad Reed, who managed the Wake Forest ReStore when the the couple met. “Habitat Wake is grateful to have such dedicated volunteers on our team to help spread the love. They’re a great example of building homes, community and hope." 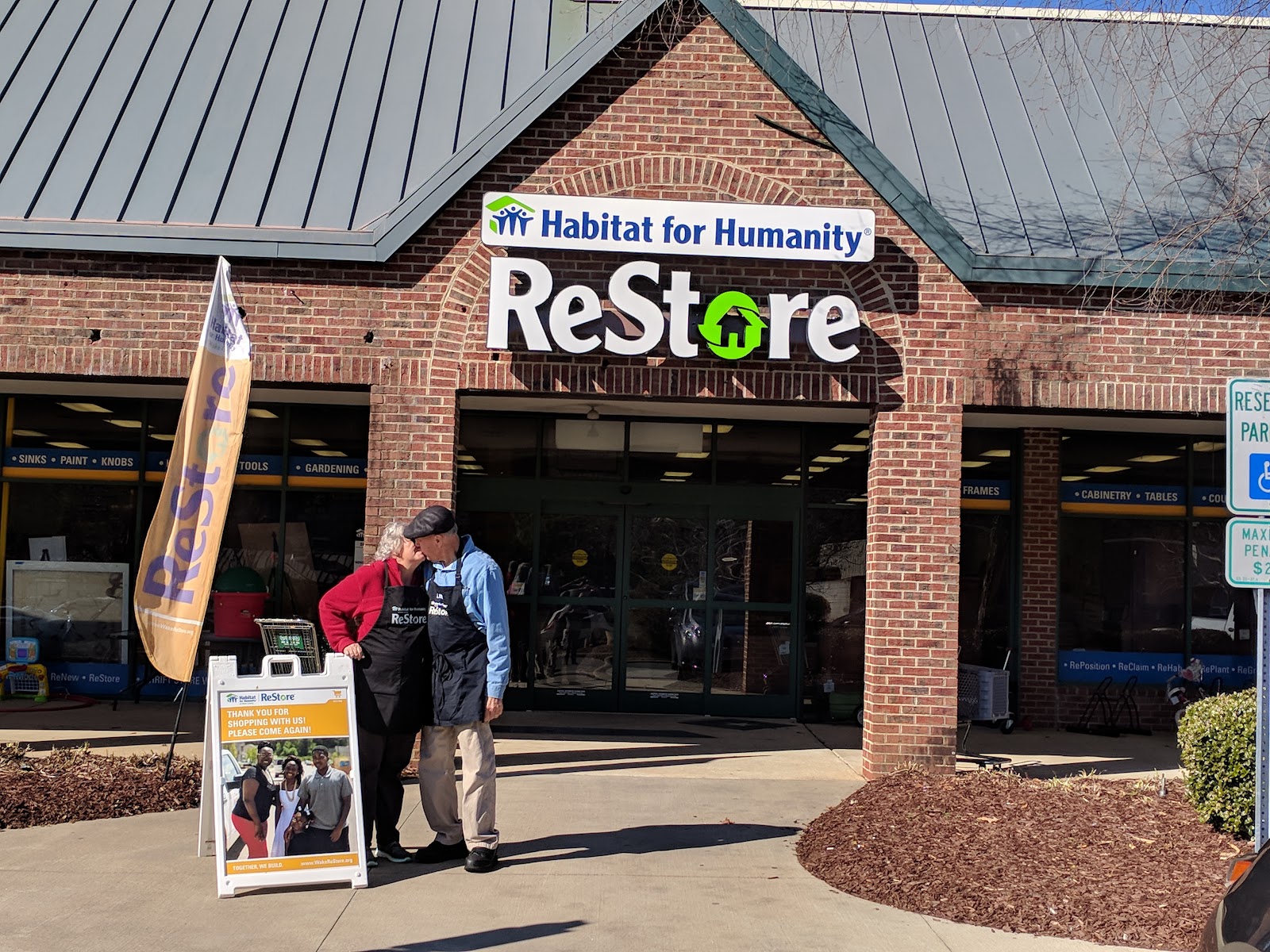